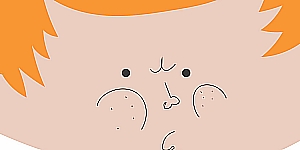 The mission of managing our finances requires some organizational skills, ability to prioritize and discipline. Deficiencies in these areas can cause financial problems with long-lasting effects, and neither the celebrities are safe. Whenever we hear the word “celebrity”,one of the first words that come to our mind is “millionaire”, but even the most famous people can have serious economic problems. In fact, their unpredictable incomes and expensive lifestyles can put them at even greater risk than the average person for financial downfall.

We wish to demonstrate through this article how it does not really matter how much income you receive; what really matters is how well you organize your financial life. Additionally, most people at some point or another in their lives have experienced financial difficulty. How you recover from those tumultuous times and how well you manage your finances, show your true financial skills.

From huge accumulated debts, tax evasion and even the hugest wastes of money, these ten celebrities presented below went from the glory to the bankrupt:

The real estate tycoon and former United States President is known for exaggerating his net worth, which is estimated at around 1 billion dollars (Trump himself has said it is closer to 3.5 billion dollars.) He has filed for corporate bankruptcy four times, most recently in 2009, which he has described as “a valid business strategy.”

“Whenever we hear the word ‘celebrity’, one of the first words that come to our mind is ‘millionaire’, but even the most famous people can have serious economic problems”

In 2009, the youngest of the Baldwin brothers filed for bankrupt, revealing that he had a debt of more than two million dollars after buying a property in New York for which he paid more than 1 million dollars. Although he starred in various reality television shows and had sued the actor Kevin Costner for profits obtained from the sale of devices that separate oil from water (which are used to clean up the spill in the Gulf of Mexico). It seems like his spending are consistently outpacing his earnings.

The Oscar winner lost a lawsuit made by the producers of the film Boxing Helena for breach of the contract, forcing her to sell the house where she used to live and pay about 8 million dollars more, just to pay for it.

The Italian design duo, Domenico Dolce and Stefano Gabbana, were accused of tax evasion in Italy in 2013. Apparently, they failed to report 1.3 billion dollars to the authorities. After the trial, they were found not guilty by Italy’s highest court, but the pair still had to pay 343.3 million euros in fines.

Three Secrets To Making Personal Finance Work For You.

In 2008, divorce filings with the rap singer Kevin Federline showed that the pop star saved none of her 737.000 dollars monthly income, because she preferred to spend all the money on her homes, restaurants, and in the most luxurious entertainment. After her more recent career´s comeback and her father’s guardianship over her, she appears to be getting her finances under better control.

When we talk about expenses exceeded, this actor is the expert. The actor owned more than 15 homes at the same time, two dozen luxurious cars -including nine very expensive Rolls Royce-, and multiples pieces of art. Although he tops the list of the highest paid actors in Hollywood, earning around 40 million dollars in 2009, it costs him around 30 million dollars per year to maintain that lifestyle. However, in 2007 Cage was not able to pay the 6.2 million dollars in taxes.In 2009, his New Orleans home was foreclosed, and currently his home in Nevada also faces foreclosure. The actor claims that his former financial manager was incompetent and that is the reason why Cage owes more than 13 million dollars in taxes.

Many problems appear after the partner of this talented photographer, Susan Sontag, died of leukemia in 2004. In 2009, Leivobitz was forced to take a 24 million dollars loan to help cover her debts. Part of the loan was to pay off the 2.1 million dollars in Federal taxes she owed. The big debt also included outstanding rental equipment fees, an uncompleted book deal, and renovation payments.

The extravagances and the multimillion-dollar child abuse trials in 2005 made the King of Pop live surrounded bay debts, despite generating a lot of money with his sales, musical catalogs and concerts. His debts were valued at 500 million dollars, which have been paid after the relaunching of its fame after his death.

During his career as a boxer, it is estimated that he won the sum of 400 million dollars. Despite this huge amount of money, Tyson wasn´t able to manage their finances and in 2003 filed bankruptcy because of its great debts. In fact, today he lives in a modest house renting in Phoenix. In 2013, the champion filed a lawsuit against his former financial advisor, accusing his ex-consulter, Brian Ourand, of embezzling 300.000 dollars from his property and that this action had cost many millions in losses.

This singer gained most of her popularity in the nineties for the hit “Unbreak My Heart”. The six-time Grammy award-winning artist has filed for economic failure twice. The second time, the debt she owed to some companies -including AT&T, Tiffany and The Four Seasons-was around more than 50 million dollars. Even worse, her financial troubles resulted in her losing the rights to 27 of her songs. Her last album was released in 2010, without achieving great sales records. These financial problems, plus her lupus diagnosis, allowed her to be the star on her own reality TV show.