Are there errors on my Credit Report? 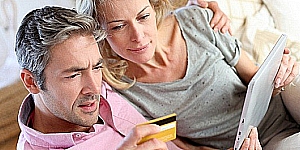 Credit reports have limitless financial influence on everyday people. These reports contain massive amounts of personal information, and according to one research survey, ninety percent of American adults are being tracked by credit report companies. While the logical assumption is that creditors and credit reporting companies are dutifully careful while creating credit reports, this is not frequently true. This article examines problems with credit reporting which lead to errors as well as steps to follow in attempts to update credit report balances. Information and statistics are referenced from the US Public Interest Research Groups (US PIRG) survey of credit report errors entitled, “Mistakes Do Happen: Credit Report Errors Mean Consumers Lose”.

The most prevalent credit report error is caused by “typos”, or misspellings and misinformation caused by incorrect keystrokes. According to the US PIRG research, forty-one percent of survey credit reports contained “personal demographic identifying information that was misspelled, long-outdated, belonged to a stranger, or was otherwise incorrect”. Obviously, these errors were caused by human imperfections which would otherwise be expected of employees spending hours entering data. However, the consequences of credit report errors shed a much more negative light on errors cause by typos.

Even more grievous errors on the survey reports were caused by sins of omission. The data demonstrated that twenty-nine percent of survey credit reports contained “false delinquencies or accounts that did not belong to the consumer”, twenty percent “were missing major credit, loan, mortgage, or other consumer accounts that demonstrate the creditworthiness of the consumer” and twenty-six percent “contained credit accounts that had been closed by the consumer but incorrectly remained listed as open”. Each of these omissions is either the fault of irresponsible creditors or credit reporting bureau data processors. It is unlikely that mechanical failure is to blame for such a large prevalence of credit report errors. Rather, a failure to consistently report account payments and closures seems to be the cause.

There is a bleak outlook for most credit reports if the US PIRG survey is at all accurate for the total population. In fact, the data reported that seventy percent of those participating in the survey noticed a serious error or mistake of some kind. For this reason, the US Federal Trade Commission (FTC) has created guidelines for those trying to update balances or correct errors on their credit report. First, the FTC recommends that the reporting bureau be notified in writing of the possibility of an error. This communication should include copies of documents which support the case. If the bureau determines the balance to be correct, notify the bureau a second time to open a dispute. Accounts can also be added to the report by requesting they be added by the reporting bureau. This is at the bureau’s discretion and normally involves a fee.

Credit reporting systems as they currently exist require consumer diligence to remain accurate. Because credit reports are so vital to modern life, it is important to be informed and prepared to deal with complications. Consistently check for errors and solve them quickly.