How Hackers Identify And Attack Their Victims 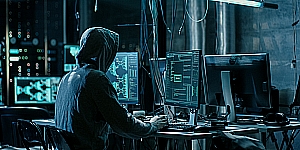 How Hackers Identify And Attack Their Victims

Internet has become a huge part in today’s society. Everybody uses it for many different purposes. Whether it is for job or for fun, your life almost revolves around it, and with the increasing amount of things you can do online, many have the tendency to ignore -at a certain degree- how exposed they actually are to possible attacks. Thanks to the fact that many ignore that, hackers have “free way” and take advantage of those who do not pay much attention to their internet security, or, for some reason, got unprotected.

First, you should know what a Hacker is.

Hackers are people that commit illicit activities, operating through electronic devices for many types of purposes:

“The biggest advantage hackers have is anonymity; no one is ever sure of who can be found on the other side of the screen”

That last point has a lot to do with possibly the biggest advantage hackers have, which is anonymity; no one is ever sure of who can be found on the other side of the screen. Since virtually everyone with a connection (wireless, or not) can access the World Wide Web, a virtual crime of that kind can be executed even from a foreign country.

Now, one important question: How do hackers identify their victims?
The answer is: researching.

By using different types of sophisticated hardware and software, they are able to scan thousands of computers at a time. Those softwares allow them to find vulnerable ports through which they can start the hacking process. Such attacks tend to take place after a time of target’s vulnerability research.

First, the hacker will create an initial map of the target’s vulnerabilities, focusing on platform version and usage. They could also fill out the map with information taken out of public sources such as government databases, financial filings and court records.

By doing so, hackers find out what your level of security is. For companies, they are most likely to look for previously suffered breaches, or to find out whether you’re using LDAP or federated authentication systems. Some hackers might also try to hack partners, customers and suppliers, since they could be easier to attack. Think of it as a form of “small to big” kind of attack. That kind of information is usually found on job sites, corporate career sites, and even basic search engines such as Google; it will depend on how safe your information is.

Now, the hacker is able to perform the attack. But… how do they attack their victims? It will depend on the type of hacker, and the purpose of the hack. Some of the most common types of attacks are done by:

Read Also: Tips And Tricks To Protect Your Children On Internet.