Internet Crimes: Am I Safe? 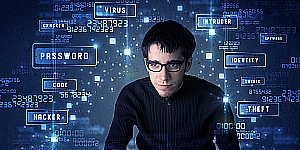 Internet is now one of the most useful tools used for communication. It allows us to send, receive, share, even perform financial transactions, and more. That is the reason why being cautious is a must. There are people who want to take advantage of the Internet and use it with fraudulent purposes. Nonetheless, Governments have taken actions to preserve security and avoid any type of action against public safety.

The United States Government has passed laws and statutes (or modified previous ones) regarding Internet crimes in order to regulate and treat them in the most accurate way. One of the governmental agencies authorized to be in charge of the most important Internet crime cases reported is the Federal Bureau of Investigation (FBI).

Here we have compiled a list of the most relevant laws passed in order to fight Internet crimes, their specificities, their scope, and possible consequences.

The Computer Fraud and Abuse Act

The Computer Fraud and Abuse Act (CFAA), first enacted in 1986 and most recently amended in 2008, declares illegal knowingly accessing a “federal interest computer” without authorization or exceeding authorized access to the transmission of a harmful component of a program, information, code, or command. A federal interest computer includes a computer used by a financial institution, used by the United States Government, or one of two or more computers used in committing the offense, not all of which are located in the same State. Because of the nature of most Internet communication, any ordinary computer has come under the jurisdiction of the law, including cell phones and other electronic devices. Committing an offense to this Act may result in a fine under this title, and imprisonment up to 20 years.

With the intention of amending (and expanding) the CFAA, in 1996 it was passed The National Information Infrastructure Act (NIIA) in order to encompass unauthorized access to a protected computer in excess of a party’s authorization.

The Congress enacted CALEA on 1994 in response to concerns that new technologies made it increasingly difficult for law enforcement agencies to execute authorized surveillance. CALEA was intended to preserve the ability of law enforcement agencies to conduct electronic surveillance by requiring that telecommunications carriers and manufacturers of telecommunications equipment modify and design their equipment, facilities, and services to ensure that they have the necessary surveillance, wiretapping capabilities.

It is a law that prevents transmission of software and other components that can collect, modify, monitor or transfer personal information or established settings out of a protected computer. It was meant to preserve computer privacy and to maintain computer control since, by law, the only ones with the power to do so are only the computer’s owners or operators.

Passed in 1986, Electronic Communications Privacy Act (ECPA) was an amendment to the federal wiretap law, and it was ultimately amended in October 2001 with the USA PATRIOT Act. The Act stated that it was illegal to intercept stored or transmitted electronic communication without previous authorization.

FOISA attempts to fight criminals registering, maintaining or renewing online domains providing false identification, and states that it would increase jail times for those who provide false contact information to a domain name register and then use that domain to commit copyright and trademark infringement crimes.

It establishes certain Internet neutrality duties for broadband service providers, including not discriminating against any person to use broadband service in a lawful manner. This act also allows providers to engage in activities in favor of certain management and business-related practices, such as protecting network security and offering services like parental controls for consumer protection.

The FBI’s cyber mission is divided in four major tasks:

Fraud and Related Activity in Connection with Computers

This is one of the most intricate and delicate statutes in relation to Internet crimes. According to Section 1030 (a)(1) it is “illegal to access a computer without authorization or in excess of one’s authorization and obtain information about national defense, foreign relations, or restricted data as defined in the Atomic Energy Act of 19549, which covers all data concerning design, manufacture or utilization of atomic weapons and production of nuclear material. […] Section 1030 a )(1) requires proof that the individual knowingly accessed the computer without authority or in excess of authorization for the purpose of obtaining classified or protected information. Section 1030(a)(1) criminalizes the use of a computer to gain access to the information, not the unauthorized possession of it or its transmission.”

Additionally, some traditional laws regarding non-internet crimes can apply to these cases, such as the Economic Espionage Act (EEA), among others.