The Celebration Of Memorial Day In The United States 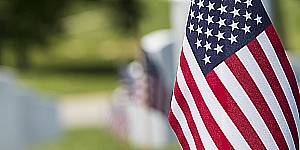 As it was called originally the “day of decoration”, Memorial Day as it is currently known is a very significant holiday in the United States of America, because it pays homage to the soldiers who have died by providing their services to the country in war actions worldwide.

It is celebrated on the last Monday of May of each year, and on this holiday basically the citizens of the country pay tribute to the fallen combatants who are recognized as heroes who fought in conflicts from the American Revolution of 1776 to the wars in Afghanistan and the Middle East. The declaration as a holiday was made official in Waterloo (New York) by decision of President Lyndon B. Johnson, in May of 1966.

However, it is known that the holiday was born of the desire to honor the dead of the Civil War and it was proclaimed on May 5, 1868 by General John Logan, national commander of the country’s Grand Army, and was commemorated for the first time May 30 of that same year.

The first state to know this holiday in 1873 was New York, followed in 1890 by all the states of the North. For its part, the southern states are recognized to date and honor their military heroes on different days until after the First World War, when the commemoration was changed to honor all Americans who had died in all wars.

“The declaration as a holiday was made official in Waterloo (New York) by decision of President Lyndon B. Johnson, in May of 1966.”

In 1971, Congress passed the National Holiday Law that led all states to recognize Memorial Day on the last Monday of May. However, several states in the South have others for the confederate dead of the war, for example: Texas did it on January 19, Alabama, Florida, Georgia and Mississippi on April 26, South Carolina on May 10 and Louisiana and Tennessee on June 3.

The day of this celebration  the president or vice president of the country issue a speech in distinction to the fallen in the exercise of the war and in general to the American soldiers who have fought in conflicts in the world, and place a wreath in the Tomb of the Unknown Soldier, in the Cemetery of Arlington, in the state of Virginia.

It is important to mention that several volunteers adorn the tombs of the cemetery with small flags of the nation, and this tradition is repeated throughout the country in military cemeteries and tombs.

Other activities that are part of the tradition on the morning of Memorial Day is that the flag of the United States is hoisted to the top of the mast and then solemnly lowered to the middle, where it remains until noon and then hoisted again to the end, as well as the National Memorial Day Concert that takes place in the western garden of the Capitol, honoring the men and women who have given their lives for the country. In addition, in December 2000 the United States Congress passed a resolution called “The National Moment of Remembrance”, creating the White House Commission, which urges all American citizens to take a break on Memorial Day just at 3 o’clock in the afternoon, to remember the heroes who have given their lives in service to the nation in an act of silence or in some other personal way, making Memorial Day a very special date for each of the American citizens,  where not only a commemoration is made to the people who offered their lives in service to the country but also a feeling of gratitude and unity at a national level, recognizing the importance of these sacrifices.