Tips On How To Avoid Tax Trouble. 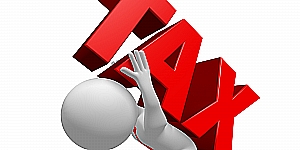 Since no one wants the hassle of a tax audit, learning how to avoid one is essential. Of course, if you follow the rules for submitting your taxes properly, you shouldn’t have anything to worry about. However, it is easy to misunderstand some guideline or other and get yourself into trouble without meaning to do so.

Perhaps the best strategy to use when attempting to avoid trouble with the IRS is to maintain accurate records. Keep a list of any of your business-related expenses throughout the year rather than waiting until tax time to compile the list. Keep receipts and all other documentation regarding business expenses. Also keep documentation of any expenses that may be tax deductible.

In addition to keeping good and accurate records, it is important to file your tax documents on time and in full. Complete filings are far less likely to draw attention than tax submissions that are missing one or more pieces of pertinent information.

In fact, certain types of claims are considered red flags for the IRS and might trigger a tax audit. Any of the following circumstances can lead to a red flag situation and the potential for a tax audit.

If you are scheduled to undergo a tax audit, follow the instructions that you receive completely. Have your records accessible. As long as you have honestly and accurately reported all income and expenses, you should have nothing to worry about.