What Is Social Security And How It Works 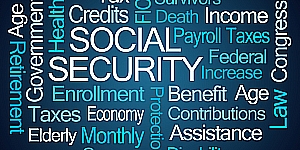 All legal residents of the United States, with very few exceptions, holder a Social Security Number, which also serves as a means of personal identification but, do you know what it is and what it entitles you to?

Established by President Franklin Roosevelt in 1935 by signing the Social Security Act, the Social Security is primarily the Old-Age, Survivors and Disability Insurance (OASDI) federal program, which also provides a supplemental security income to qualifying individuals; that is, the elderly, disabled people, those who are unemployed or those who find themselves in difficult financial situations.

“Most people do not think about their retirement age when they are young, neither about the possibility of becoming disabled or unable to provide for themselves and their families”

The current version of the Act, as amended, encompasses several social welfare and social insurance programs. However, not all American citizens are covered by some form of Social Security, being government employees, railroad workers, certain agricultural and domestic workers covered by other programs.

Most people do not think about their retirement age when they are young, neither about the possibility of becoming disabled or unable to provide for themselves and their families either. The Social Security is, thus, a system that attempts to address all these issues and more.

The Social Security system is funded through payroll taxes. Thus, every employer and employee in the United States are required to pay Social Security Taxes, be it the Federal Insurance Contributions Act tax (FICA) or the Self Employed Contributions Act Tax (SECA), which means that all salaried income, with a few exceptions, has a FICA or SECA tax collected on it. These amounts are collected by withholding the corresponding amount from the paycheck of every worker. The money that is raised then goes mainly to provide benefits for those who have reached retirement age (currently 62 years old) or are otherwise eligible.

Read also: Get Acquainted With The Types of Taxes There Are And What Do They Consist Of.

The system is designed so that today’s workers provide funds for the people who worked in the past and who, in their turn, provided for those who worked before them.  Likewise, the people of today will receive benefits from the workers of the future. This makes of the Social Security system a safety network in which the whole of society “takes care” of each other through their income.

However, the amount of benefits you receive are based on the amount of Social Security taxes you have paid, which is based on your income up to a certain maximum amount. This means that those who earn more pay more, and this tends to get them greater Social Security benefits. But it is also true that those who pay little or may not be able to contribute to the system also get benefits that are disproportionate to their contribution. This is the way of the system to provide to those who are in need.

Read also: It Is Never Too Late To Start Saving Money.

Hoever, the Social Security system is not infallible, and in recent times it has been in the news a lot because of severe although valid criticism against it. One of the most pressing concerns right now is the possibility that the number of qualifying people will be greater than the number of workers who can support it.  But although the system may suffer changes in oncoming years, it is likely that it will remain as the main safety network for those members of society who need it.