What You Must Know About The “Wanna Cry” Virus 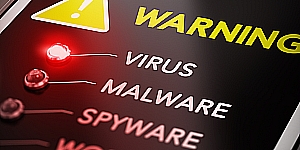 You are probably wondering why you’ve heard the word “ransomware” a few times since last week in the news. That’s because a harmful informatic virus that goes by the name of “WannaCrypt” or “Wanna Cry” massively attacked thousands of Windows users, more than two thousand corporations and even hospitals in 170 countries around the world. Some of the affected include Telefonica, FedEx, and the National Health Service of U.K. But, how exactly does this cyber-attack work and how dangerous does it really is?

“Ransomwares” are malwares created by computer scammers which infect you PCs, prevent you from accessing to your operating system and encrypt all the data you’ve ever stored.

“Ransomwares” are malwares created by computer scammers which infect you PCs, prevent you from accessing to your operating system and encrypt all the data you’ve ever stored. Also, they require the payment of a ransom to remove the restriction. “Wanna Cry” functions the same way; it takes advantage of a safety gap known as “Eternal Blue” in the outdated Window’s software and gets easily into your computer. Researchers say that it is currently going through the Internet searching for vulnerable machines that can get infected. That means that you don’t even have to open a “fishing email” or a website affected by the virus to get it on your device. Removable memories and external hard drives are not out of danger either, they can also get harmed by this malware. Later, once it has taken over your data, it encrypts or “locks” all of the information making it impossible to open. Finally, your screen shows a message asking you to pay $300 in bitcoins, otherwise, your information might get lost, stolen or made public.

“…it is currently going through the Internet searching for vulnerable computers that can get infected; that means that you don’t even have to open an email or a website affected by the virus to get it.”

Although “Wanna Cry” has attacked mainly large companies, it is very likely that your information is vulnerable from getting stolen too.  So, how can you protect your computer from this cyber-attack? Here are some tips that will help you.

Update your software to Windows 10
Believe it or not, this informatic crime could have been avoided if people had updated their softwares faster. Ever since Microsoft knew that there were some weaknesses in his old Windows’s systems, they launched a safety patch that stopped this malware from striking. So, what was the problem then? The issue was that people did not feel the need to get the latest version because they thought it made no difference. Worst mistake! If they had had Window 10, nothing would’ve ever happened to their computers. Have you updated your software yet?

Do not open emails from strangers
Although this ransomware can access your information even if you haven’t clicked any suspicious link, it is important that you don’t open any message in your inbox from someone that you don’t know, especially if it has a really attractive subject. This is the classic way that cyber attackers use to make people fall into their trap so you better stay alert.

Make backups frequently
The main threat of this malware is that it can erase all of the information you’ve kept for years if you don’t pay the ransom. However, if you backup all of your data frequently you won’t be so afraid of losing it. Experts recommend that you do it weekly or daily. Have you copied your data lately?

The Worst Cyber Attacks in History.

Heed the warnings
Microsoft knows that there are people around the world looking forward to making enormous cyber-attacks. Therefore, they’ve come up with a big improvement in the latest Windows 10, which offer an integrated antivirus and a firewall system for all the users. The only task that you have is to keep it updated, otherwise, your computer might get the virus. When it comes to users of Windows XP or older versions, they must buy an antivirus and install it in their PCs.

Do not show your money
You might be tempted to pay right away with the hope of getting you information back but this is not the best solution. Authorities recommend not giving any money to this “cyber thieves” under any circumstances because they can take it and leave without releasing your files. Besides, if you lend them the payment, you’ll be encouraging this lawbreakers to do it again.
As you can see, not only does crime happens in the real world, but it also happens on the web. Watch out!