Why do we celebrate Labor Day on September instead of May? 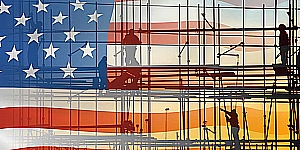 Most countries commemorate Labor Day or International workers’ day on May 1st, however, United States celebrates it the first Monday of September. But, if this is an international holiday, how come is not celebrated the same dame everywhere? To solve these questions, we are going to take a look at history and the reasons why Labor Day exists and is celebrated at all.

Labor Day begins with the necessity to celebration and acknowledge the social and economic achievements of American workers, it is a national tribute to the collaborators that contribute to the well-being of the country through their daily efforts. This day was declared a festivity so it is a national day of rest.

Why do other countries have marches and such?

The first proposal ever made before taking into consideration this holiday was doing a street parade, whose only intention was to show the public “The strength and spirit of the commercial and actively working organizations from the community”. It was also proposed to make a festival to join promote the recreation and fun of workers and their families. This was the starting point to create what is known today as Labor Day, an annual pattern of celebration. Later in time, men and women started to come up with speeches that strengthened the economic and civic meaning of vacation days.

The first motive workers had to generate riots and manifestations goes back to the beginning of eight hour shifts, which later became a law when the president Andrew Johnson adopted it in his government. However, the movement scaled and became a thing.

The reason Labor Day is celebrated in most countries on May 1st is related to a story from Chicago, where thousands of workers tooks the Chicago Streets that day in 1886 to express their unhappiness about these eight hour shifts However, it’s worth noticing that back in 1882 the New York worker’s union declared a sort of holiday with a march that included somewhere between 10 and 20 thousand workers with banners in front of another quarter million people.

Why does United States celebrates Labor Day on September?

The reason for this is that September coincides with the meeting from the Working Knights, which was the most progressive labor federation at the time.

The union federation made it again the following year so in 1884 they decreed it will be held every First Monday of September. These events had nothing to do with the riots at the end of the XIX century, so now Labor Day in the United States will be on September 5th.

As years go by, this celebration has suffered some changes and the character of Labor Day has brought conflict to some come countries. United States’ celebrations are very much a quiet celebration. This year will be celebrated again on September 5th, a date that refers to the last days at summer, where people go out to relax because of the plenty dining choices and the variety of activities available that day. It is the perfect excuse for Americans to gather around their families due to this closing of school, banks, government offices and others. Some people love picnic, others go to the beach, go to music festivals or just take a quick getaway trip not too far, while others are just hanging out online looking for stuff to buy at Labor Day discounts.